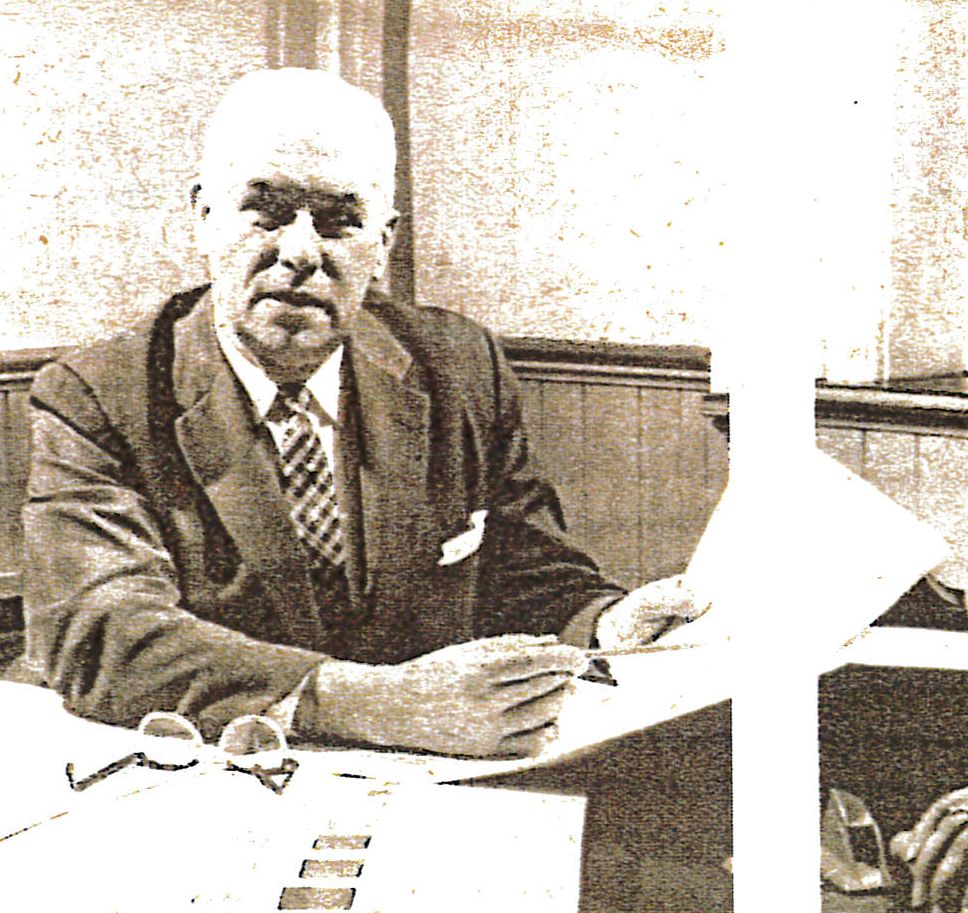 Herb Williams was a Columbus educator and school administrator with a vision to create a credit union for local educators – where teachers and school workers could bond together to help each other save and borrow rather than using a bank. Columbus school employees in need of a loan would go talk to Herb at his house or at the Columbus Public Schools office, (located at 270 E. State St) and be approved for their loan over a handshake.

“A story I always tell about the early days of the Credit Union is the story of when my son was born,” says Norm Landry, who joined Education First in 1956 as a young Columbus Public school teacher at the recommendation of his mother-in-law, a school secretary.

In 1959, his son Brett was born with severe jaundice and in need of an emergency blood transfusion.

“In those days, a Columbus teacher’s insurance didn’t cover newborns. Brett was taken to Children’s Hospital where he was given two blood transfusions.”

When it was time for the baby’s release, it was also time to pay.

He called the Credit Union. “C’mon over,” he was told by Education First’s founder Herb Williams. Even though it was after regular banking hours, Norm was given the $500 loan from William’s kitchen table and took his baby son home that day.

The Credit Union soon outgrew Herb William’s kitchen and moved its headquarters to the Seneca Hotel in Downtown Columbus. 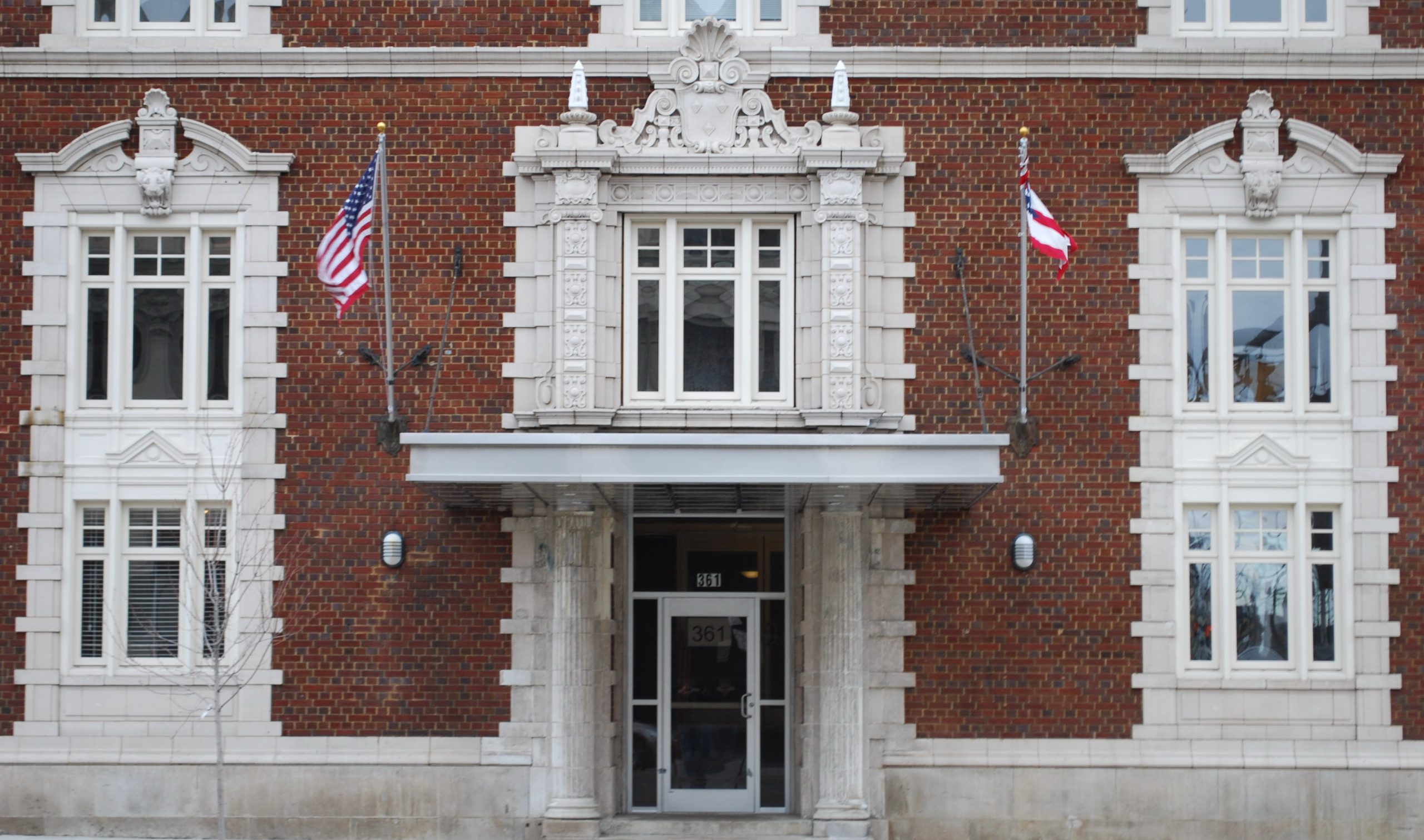 (Pictured above: the Seneca Hotel)

Former Columbus Public school teacher, Johnetta Collins recalls getting her first loan from the Credit Union at the Seneca Hotel in 1962. She had just graduated from The Ohio State University and was excited to begin her teaching career with Columbus Public Schools, but there was one problem; she would need a car to get there.

Her sister Barbara, whose husband was also a Columbus Public teacher, suggested the Credit Union.

The Credit Union granted Johnetta her very first loan at the age of 21 from the Seneca Hotel, allowing her to drive to her first teaching position at Roosevelt Junior High School in her dream car, a 1959 Thunderbird.

Now Johnetta’s next hurdle was to get her driver’s license.

“Because of Herb’s trust, I learned to drive that summer in my high-powered T-Bird,” says Johnetta. “I made my first payment with my very first paycheck at the end of September! Now, what bank would have approved that in those days?”

The Credit Union’s next move was to an official branch. Located at 399 Livingston Avenue in the heart of Columbus’ German Village, this branch would serve Education First until 2018! 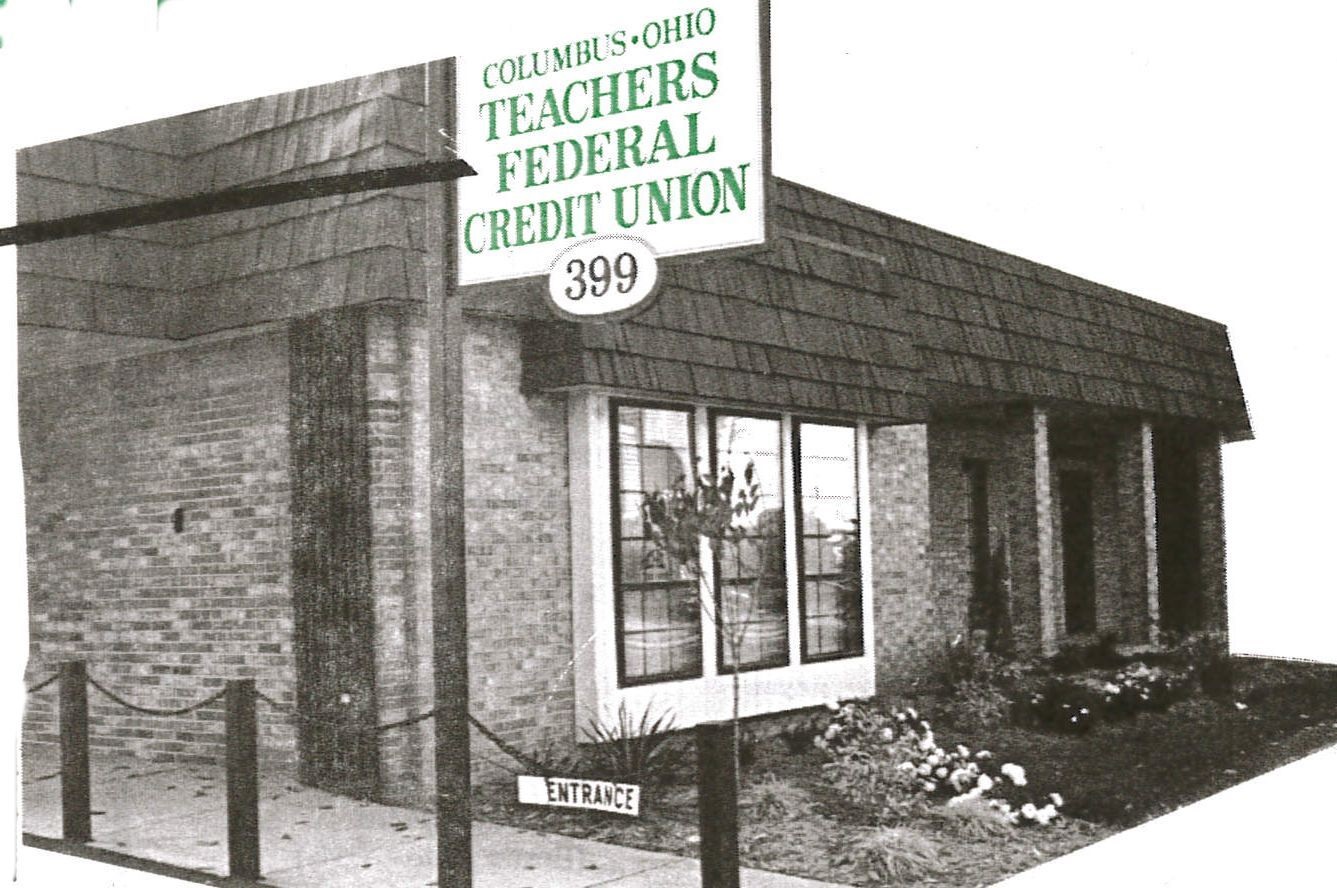 (Pictured left: The first official branch of the Credit Union)

Many credit union members recall going to the Livingston branch on their lunch break during the school day.

Over the years, the Credit Union continued to expand throughout Central Ohio, with branches opening in Reynoldsburg, Westerville, and Downtown Columbus. 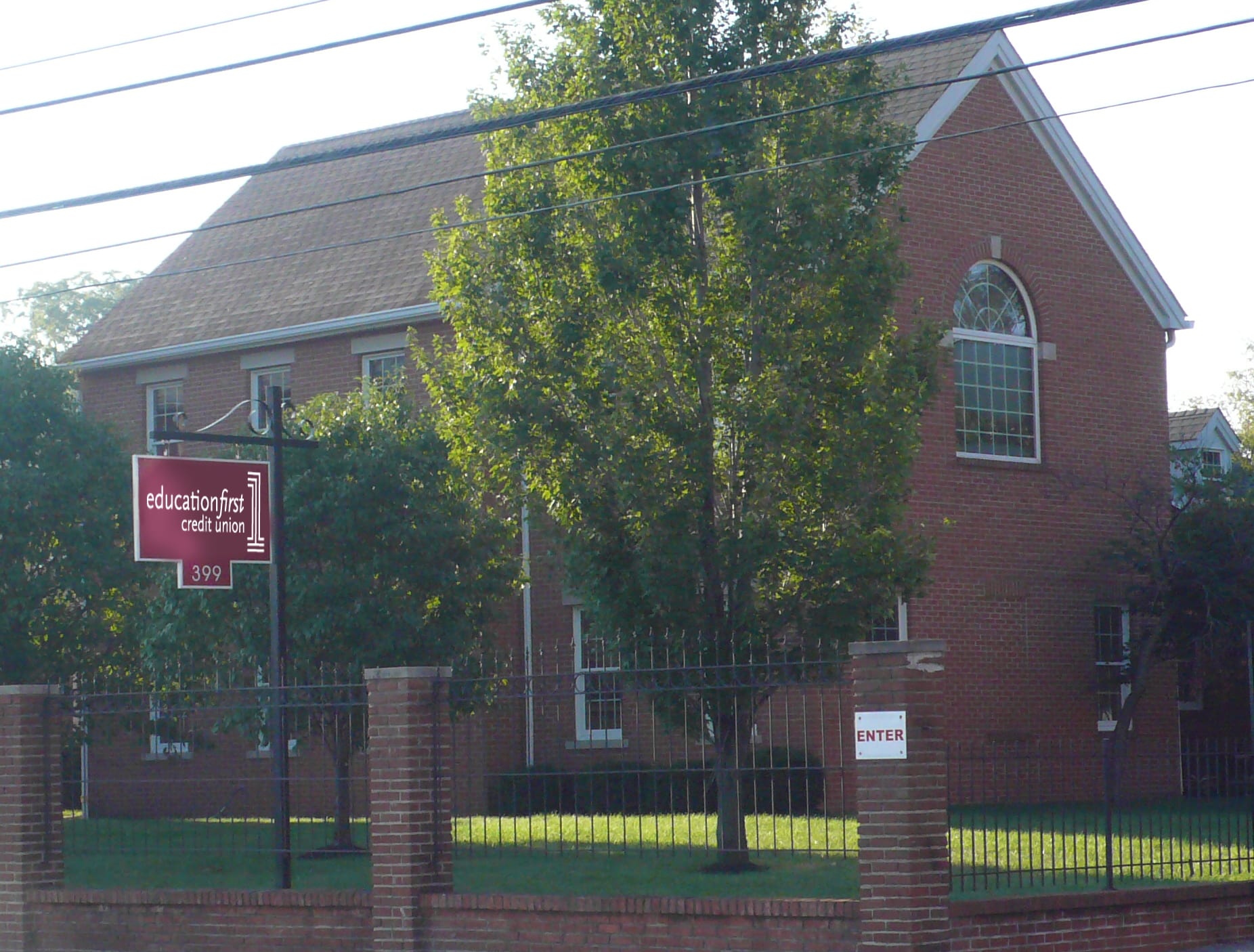 (Pictured above: The Credit Union’s Livingston branch in 2017, formerly located in German Village)

“From the beginning, Education First has always been member-centered, local, and more involved with the community than a bank,” says Henry Bland, now an Education First Board Member. Henry’s parents were some of the first members of the Credit Union in the 1930s.

In the 1970s, Henry, a Columbus City Schools English teacher, married his college sweetheart, Theresa, a computer teacher. They were starting out their teaching careers and married life together and opened a joint account with Education First. Herb Williams personally sat down with the young couple and gave them free financial counseling. 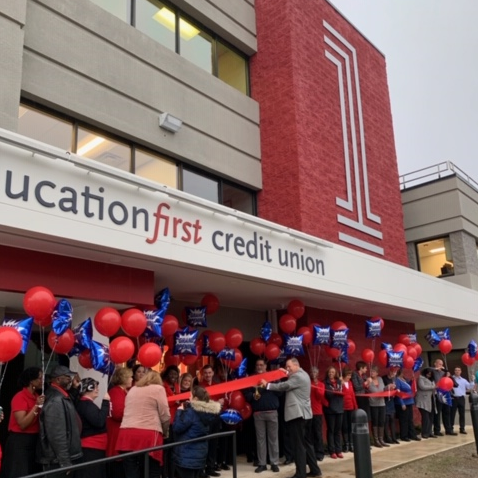 From Education First’s humble beginnings in the 1930s, a lot has changed.

We are honored to be celebrating the last 85 years of people helping people Thank you for being a member of Education First! 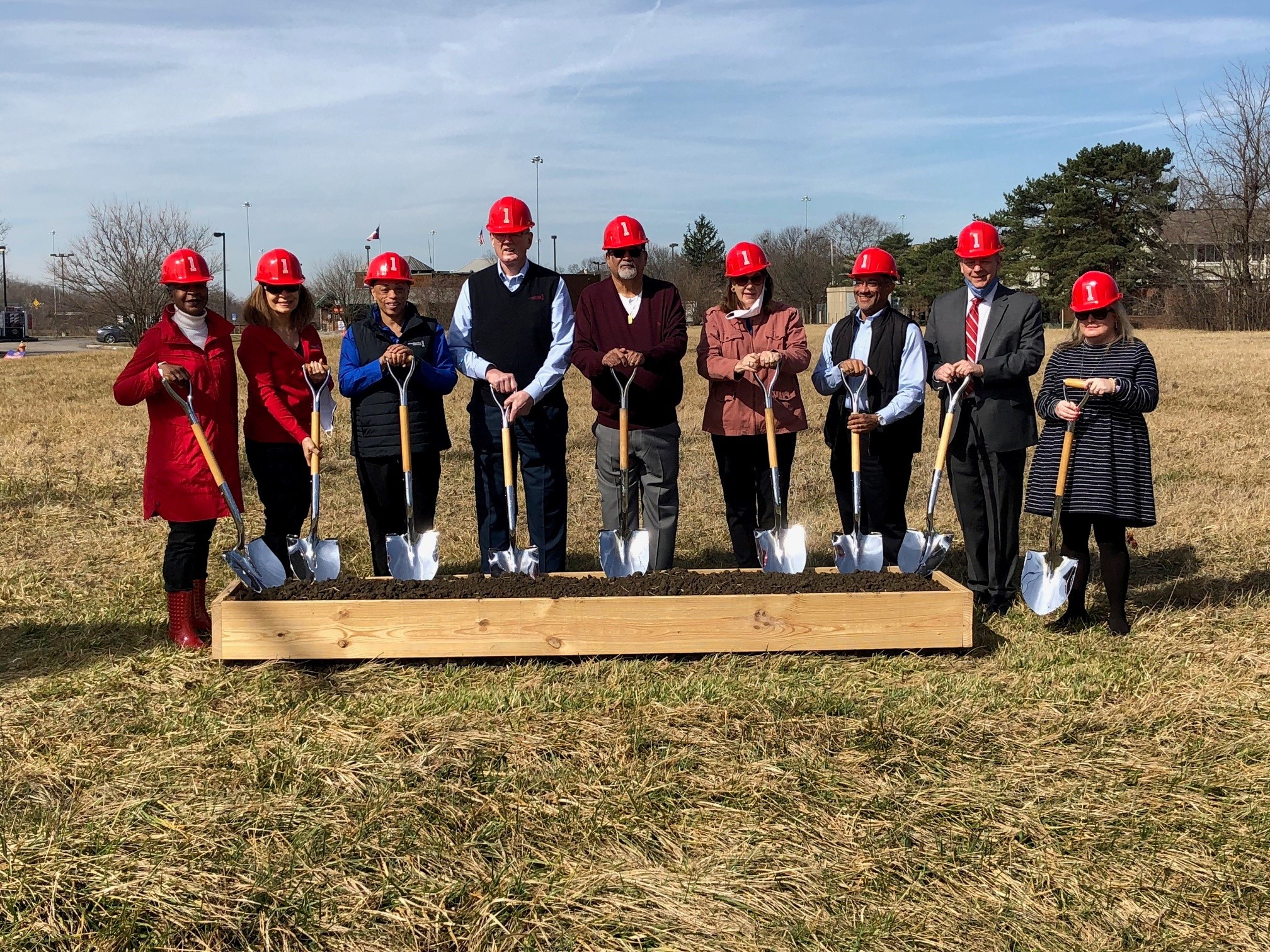 (Pictured above: A New Chapter: 2021 Groundbreaking for a new branch on the East Side of Columbus) 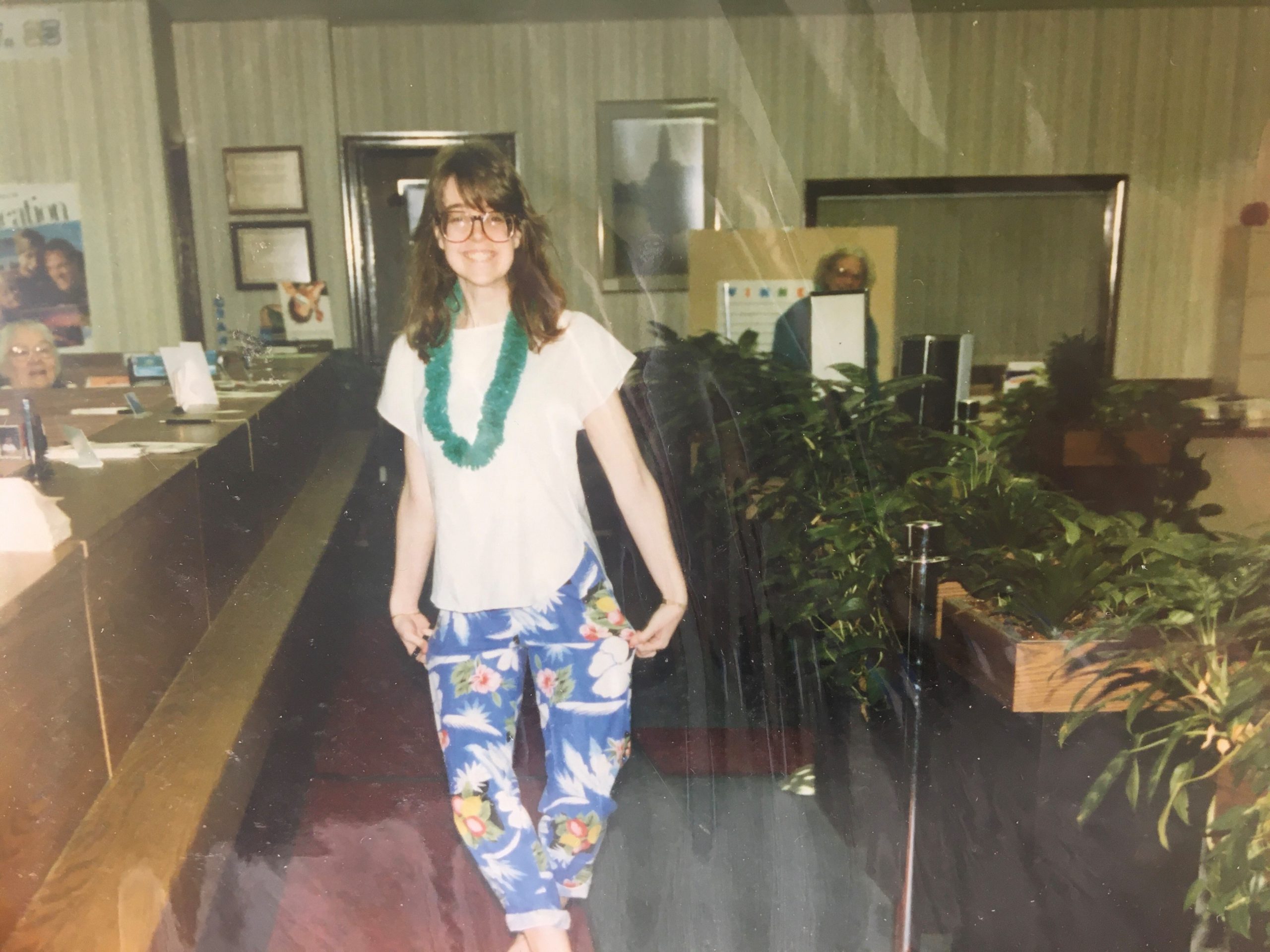 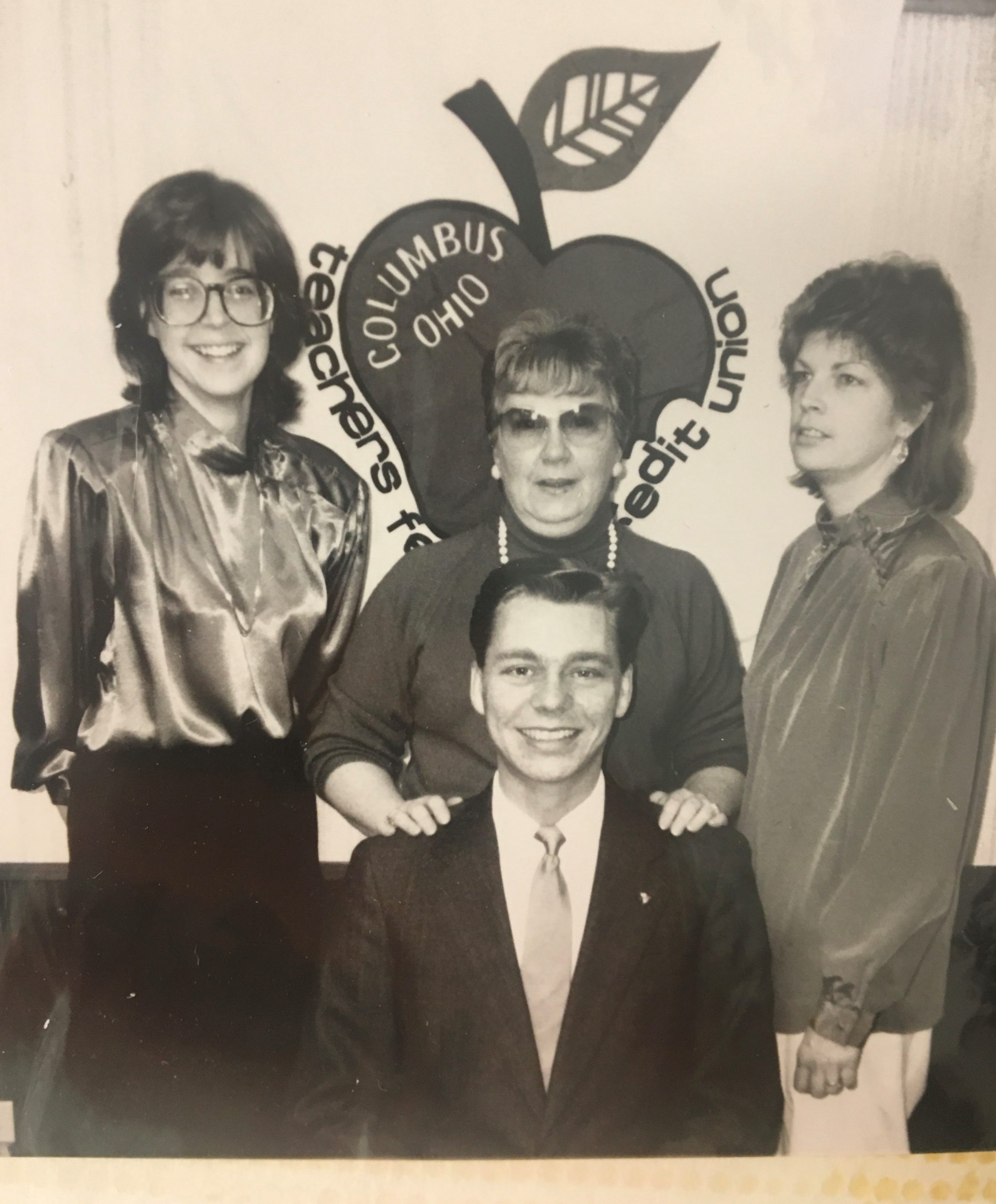 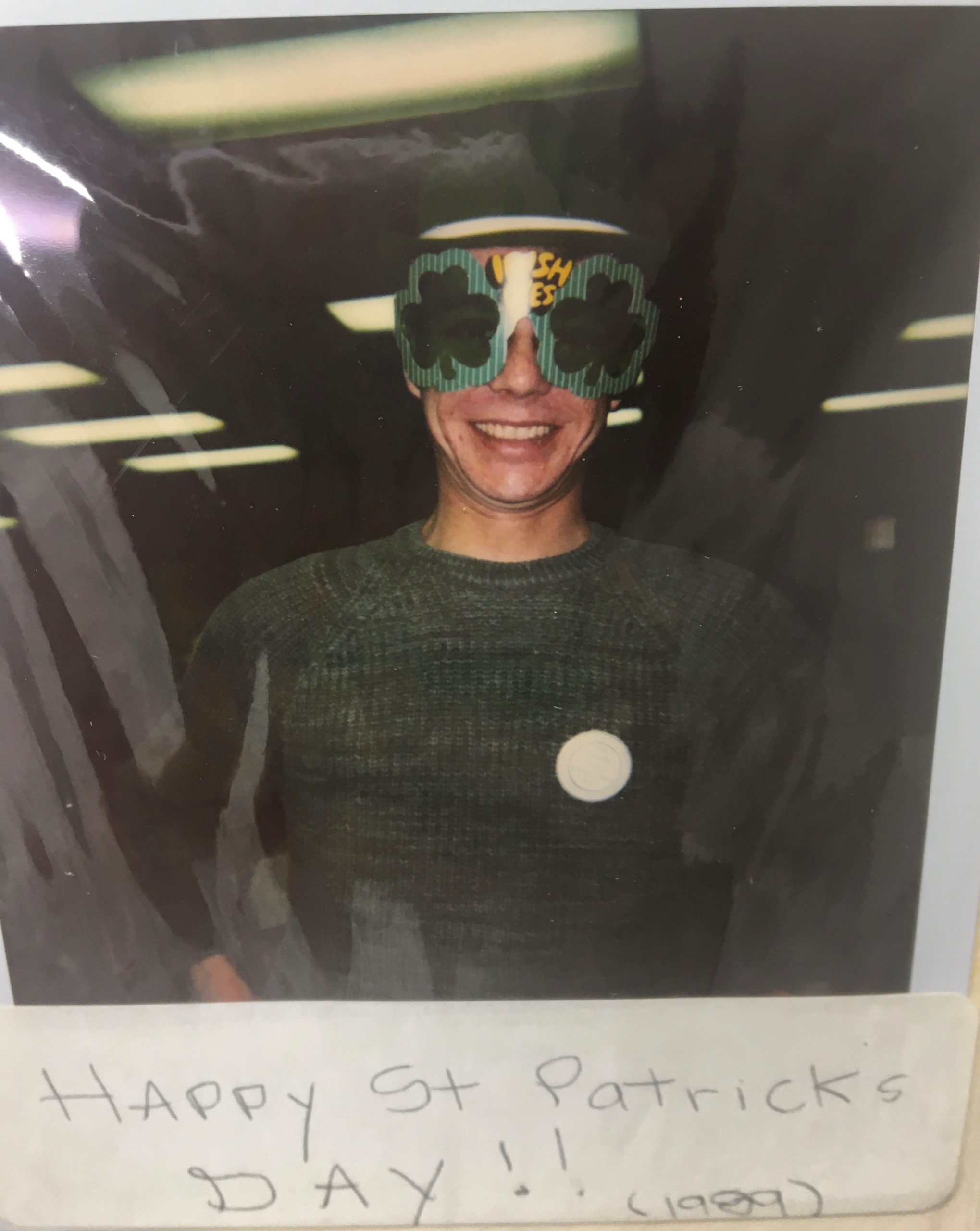 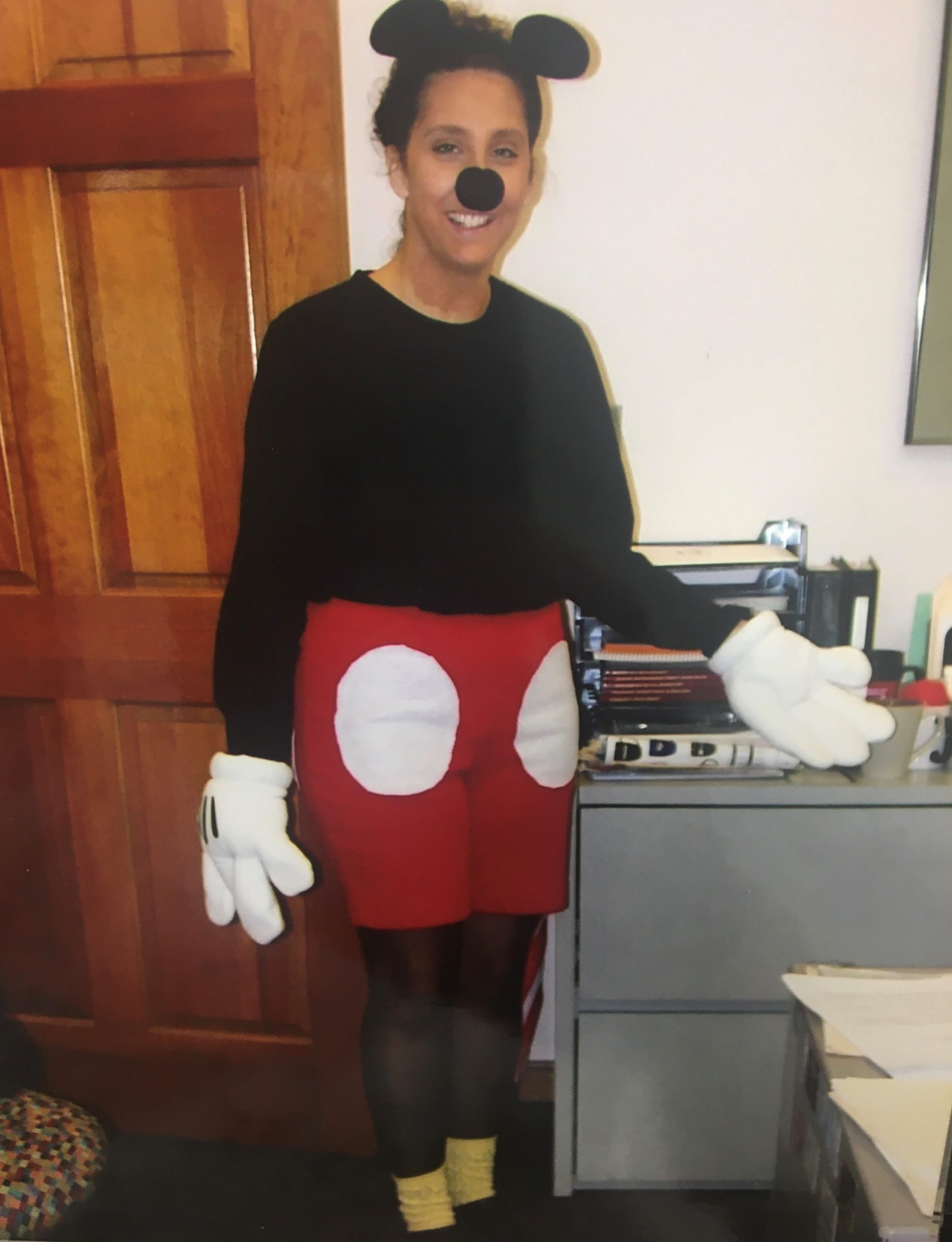 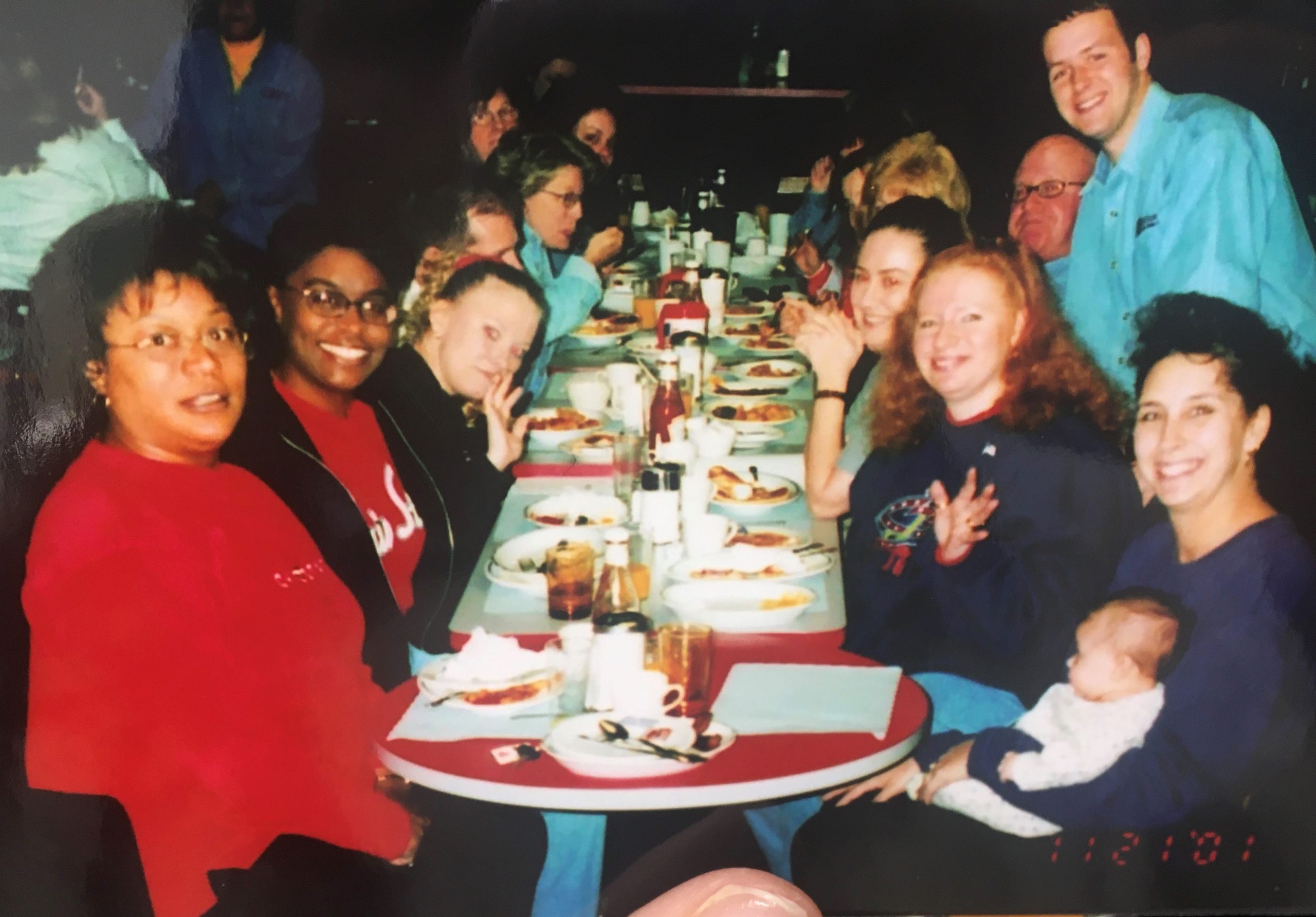 April is Credit Union Youth Month and Education First is celebrating with a Coloring Contest, (ages 12 and under may enter).

Snap a pic of your finished coloring sheet and post it below or email it to marketing@educu.org. Or you can snail mail it to 510 E. Mound St. Columbus, OH 43215 or scan your picture and email it. Whatever works! Please write your name and age on your completed sheet.

Two winners will be chosen May 7, 2021. Some restrictions may apply. $25.00 will be deposited into the winners ABC Account. 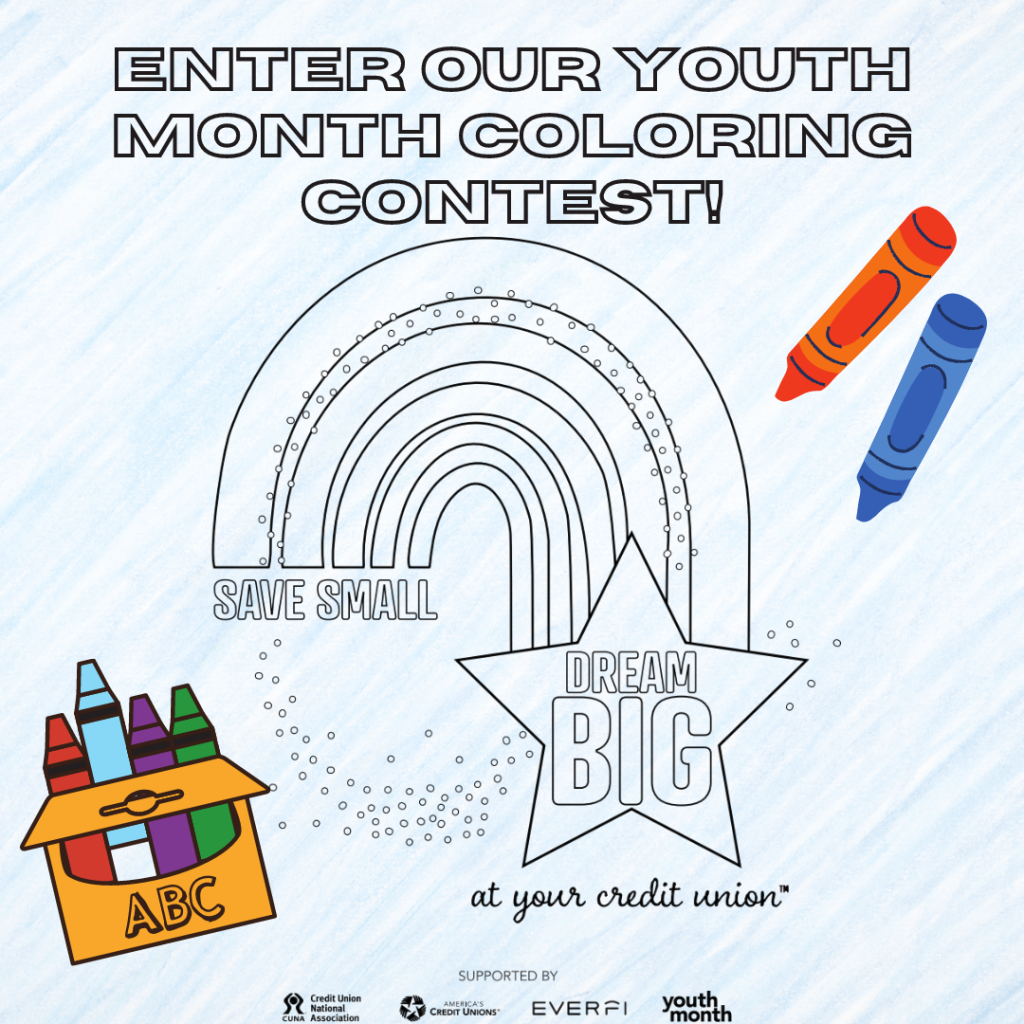 Dreaming big doesn’t mean you need to start with big actions. The first small step is usually the hardest, but once it’s taken, you can use momentum to propel you forward. This year’s theme for National Credit Union Youth Month is “Save Small. Dream Big. at your credit union.” It uses the image of a magical rainbow with a wish-fulfilling gold star at the end. We want to tell our young members that their dreams are attainable, no matter how big they are.

In the month of April, ABC members who return a finished coloring sheet will be entered to win $25 for their ABC Account and 5 Apple Bucks! Visit one of our branches to pick up a coloring sheet or click here to download it and print at home.

Don’t have an ABC Account yet? Open one! New ABC Accounts opened during the month of April will automatically be entered to win a $25 account credit.

Our ABC Accounts are a great way to teach kids about saving money!  These accounts are specifically for children under the age of 12 yrs. old. For every $10.00 deposit made, kids earn ABC Bucks, which can be used to purchase prizes when redeemed. Kids also earn ABC Bucks on their birthday and when opening their account. And at the age of 13, the account automatically becomes a Teen Advantage Club Account. ABC members who deposit $10 or more in their ABC Account during the month of April will automatically be entered into a chance to win $25! 2 winners will receive a $25 ABC Share Account credit!