“I was 22 years old when I joined [Education First],” says Ray. “I had just graduated from Otterbein University. I remember, at the time, my biggest worry was how I was going to pay rent. $124.00 a month,” laughs Ray. “That was big money.”

Ray studied teaching and foreign languages and soon after graduation, began teaching French at Ridgeview Junior High, (now Ridgeview Middle School). Some of Ray’s new teaching friends suggested he join the Credit Union and he has been a member ever since.

“What I have liked about the Credit Union is the familiarity and good service that I have received over the years,” says Ray. “It has always been convenient.”

Ray taught French, Spanish and German at Ridgeview over the next 20 years, taking his students on more than 15 trips to Europe, before taking a sabbatical from teaching to live and study in Europe himself.

“I lived in Cologne, Germany for a while and Madrid, Spain, where I studied Spanish,” says Ray. He also briefly lived in Switzerland, where his parents originate from. Ray’s parents immigrated to America from Switzerland after World War II. They settled in Ohio and became cheese makers. Ray’s godfather, the founder of Guggisberg Cheese, was the first cheesemaker to make Baby Swiss.

When Ray returned to the U.S., he taught foreign languages at Brookhaven High School until his retirement in 2000.

Ray has been a single father to his 3 children for the last 26 years. When they were young and had their own paper route, Ray opened children’s accounts for them where they could deposit and save their earnings.

“This was back when there was a credit union location on Sinclair Road,” says Ray. “There was a teller there, named Ruth, she was the sweetest lady, she suggested to me that I open up accounts for the kids.”

Education First’s youth accounts, called ‘ABC Accounts’, are a great introduction to finance and money management for children. These accounts are specifically for kids and for every $10.00 deposit made, kids earn ABC Bucks, which can be used to “purchase” small toys, pencils or coloring books when the ABC Bucks are redeemed at an Education First branch. Ray’s children still have Education First accounts today as adults.

Since his retirement, Ray has been helping those in need. “After my retirement, it became my mission to help homeless people,” says Ray.

It began on a rainy day when Ray spotted a homeless man standing in the rain with a sign that read “will work for food.” Ray took the man along on his children’s paper route that day and they all went out to eat afterwards.

Ray says his favorite thing about being an Education First member is the “familiarity and good, friendly service.”

“And, you know, there is something nice about being greeted by name when you come into the Credit Union.” 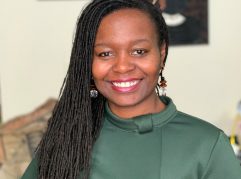 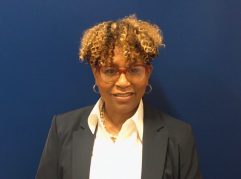