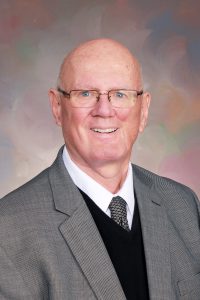 Bob Secrest, a long-time member of Education First’s Board of Directors, joined the Credit Union in 1960, as a young teacher.

“It was my first-year teaching and I needed a checking and savings account,” says Bob. “I believe it was the principal of Chicago Avenue Elementary who first mentioned the Credit Union to me, and I joined shortly after.”

Bob met his wife, Linda, a couple of years later while they were both teaching at Buckeye Junior High. He encouraged her to join the Credit Union when she needed a loan to buy her first car in 1966.

“It was a turquoise mustang,” says Linda. “It was a beautiful car. Bob suggested I get the loan from the Credit Union because the rates were much better than what I would get at a bank.”

Early in his career Bob worked as a traveling teacher under Education First Credit Union founder, Herb Williams. At the time, Herb was the Director of Pupil Personnel for Columbus Public Schools. Bob remembers Herb as being a direct and to the point type of person. “He was a nice guy,” says Bob. “He was also no-nonsense and got a lot done for the teachers of the school district.”

In the early days of the Credit Union, Education First was run out of Herb’s home. Teachers in need of a loan would go talk to Herb in his kitchen and be approved for their loan over a handshake.

As a long-time proponent of the Credit Union, Bob decided to get more involved with Education First by joining the Board of Directors in 1986. Over the years, Bob has seen the Credit Union grow and expand to three locations. He says even through the Credit Union continues to grow it still provides members with a friendly and local experience.

“The employees at Education First really get to know the members,” says Bob. “They know members by name and unlike a big, corporate bank, it’s local. The Credit Union feels like family.”

Linda says that she’s noticed there’s a lot less red tape at the Credit Union than there is with a bank.

“[Education First] makes things easy,” she says. “At a bank there can be a lot of hoops to jump through and it can get confusing whereas the Credit Union helps explain and educate people. The staff here is efficient, helpful, and if you don’t understand the process they will help walk you through it.” 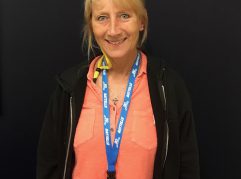 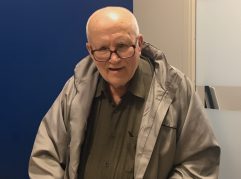